Welcome to part one of our two part series on Angular code coverage for Cypress tests.

As I have implemented more automated tests, one of the must haves for me is code coverage reports. Code coverage allow me to quickly and easily see which lines of the code are not being tested so I can close any critical testing gaps.

Today, I am going to be talking specifically about how to implement code coverage for an Angular project that was generated from the Angular CLI.

Before getting started, we need to generate our sample project using the Angular CLI.

Now we need to add Cypress to our project

The Cypress open command will: 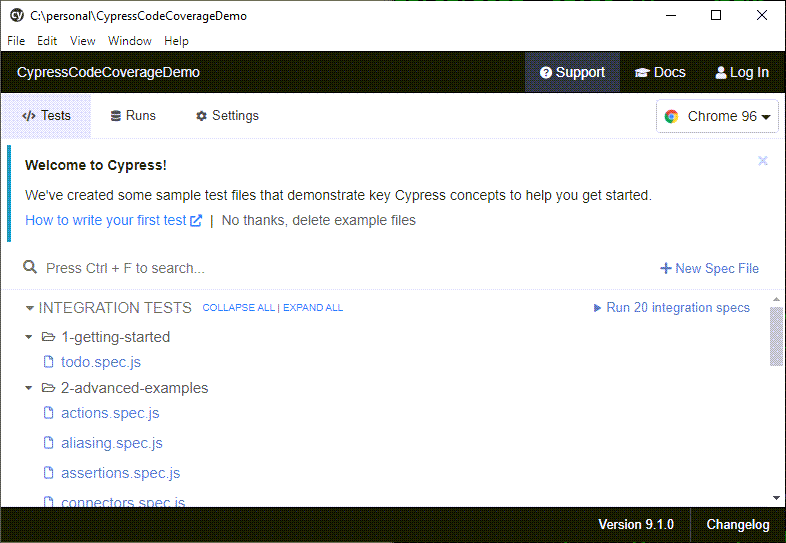 You can now close the Cypress UI.

You can also safely delete the cypress\integration\1-getting-started and 2-advanced-examples folders as they are just examples and we won’t be using them.

We will be using the Cypress code coverage plugin to generate the code coverage reports. Install it from npm as a development dependency by running:

In order for you to gather code coverage metrics, the code coverage needs to know which lines of code are being touched by the tests. This is called instrumenting your code.

Since we are using Angular, we also need to inject the command to instrument our code as part of the Angular build process (ng build). By default with the Angular CLI there is no way to inject anything extra into the webpack configuration when you build or serve your application but luckily we can use ngx-build-plus to inject the extra webpack configurations as part of the normal Angular build and serve commands.

WARNING: Never run the build with the code coverage instrumentation as your production build (e.g ng build –prod). It will cause major performance issues since it tracks each line of code that is called.

Once npx-build-plus is installed, we need to add the configuration that we want webpack to use.

Next up we need to configure the nyc command line interface for the Istanbul library that determines how our code coverage report is generated.

The exclude above just makes the report cleaner by not including directories and files that are related to testing and not the actual production code!

Before we can test our code coverage, we need to create a tests for our Angular application. We are going to create a simple tests that navigates to the home page and makes sure that the H1 tags has the correct text.

We are almost ready to ready to run our code coverage.

The last thing we need to do before running our tests is to tell Cypress what the url for our Angular application is (e.g. localhost:4200)

Now we are ready to run our tests.

Second, we need to start up the Cypress UI with code coverage enabled. 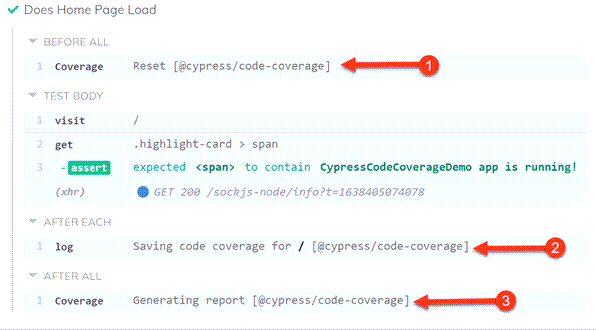 Once all of your tests are done running, you can find the coverage report in the root of your project in the coverage\index.html file.

You can also click on any folder or file and drill down in to see which lines of code were covered and which lines were not covered.

Lets do a quick recap of what we accomplished.

The code for this article is available at https://github.com/digitaldrummerj/angular-cypress-code-coverage

In our next article, we will add the running of the code coverage report to TeamCity builds, set up failure metrics, and be able to view the report within TeamCity.